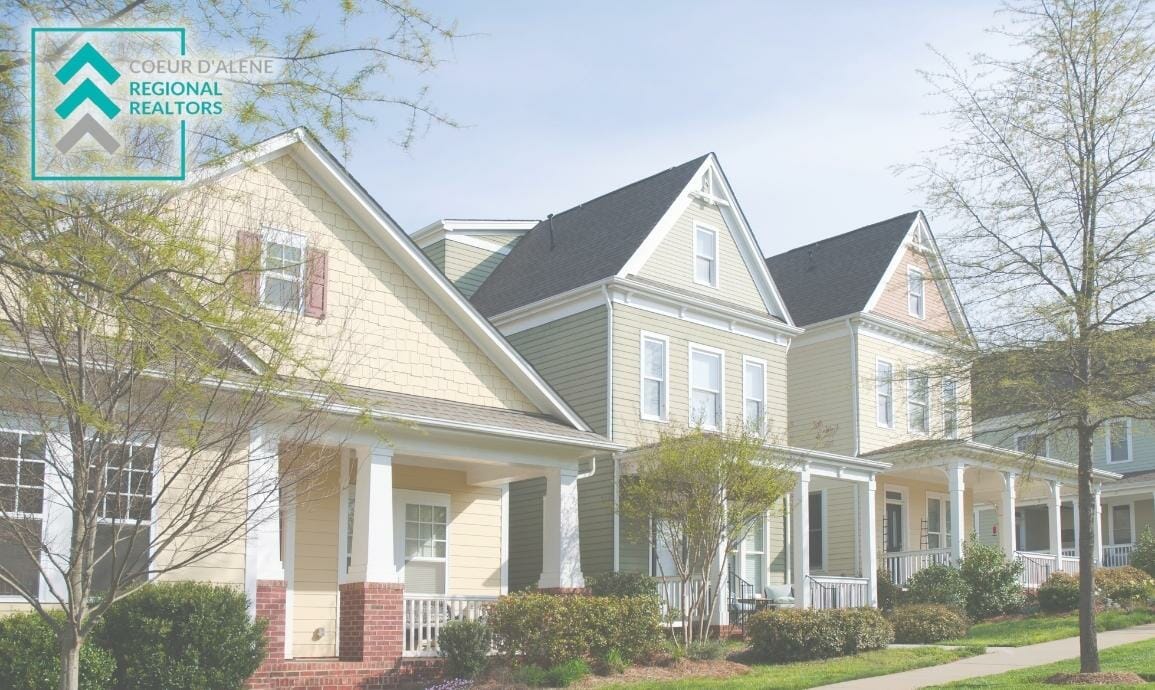 It has not escaped anyone’s notice that the price of housing in the Coeur d’Alene region has been climbing steadily and rapidly. And this is not just reflected in median house prices, which now top half a million dollars. The cost of renting a home or apartment in this area has also increased. While average rentals have not been climbing as rapidly as real estate, average rents in 2022 are 10 percent higher than they were just one year ago.

The massive increase in population in northern Idaho, coupled with recent inflationary pressures, have made it more difficult for younger workers just starting out or for local hourly laborers to find affordable housing, either to rent or to purchase. This inability of lower income workers, such as those that work in restaurants or retail establishments, to find local housing is having a ripple effect through the local economy, as businesses find it harder to find and keep employees.

The lack of affordable housing options is likely to prompt the population that has grown up in the Coeur d’Alene region to migrate elsewhere. When housing costs consume too high a percentage of their income, lower income residents will look outside the region or even outside the state in order to be able to obtain a higher quality of life on a modest income.

In short, the current housing situation in Kootenai County, if left unchecked, is one in which the inevitable consequence will be to drive out young residents who have strong ties to our community and who exhibit the values and character of northern Idaho, to be replaced by non-residents. This is not a desirable state of affairs. To thrive as a community, we need to welcome residents who are fully invested in the welfare of our region, and not just transient individuals looking for a place to temporarily park.

“Affordable housing” is a term that seems to be thrown around quite a bit, but it is not always clear what some people mean by it. Affordable housing really should refer to a community’s ability to provide a mix of housing options that roughly match the population’s needs as they correlate to that population’s income levels. The ideal scenario for any thriving community is when the people who are looking for housing in a given area are able to find homes to either purchase or rent that are both suitable to their needs and within their budgets. But how is this achieved or even approximated?

There are a number of factors that affect the housing supply overall, the mix of available housing options, and the cost of housing. At the present time, the Post Falls/Coeur d’Alene area is experiencing numerous pressures that make it difficult to meet housing demands for native residents at nearly any income level, and it is not apparent that concerted and sufficient efforts are being made to address the problem.

There is a large influx of people seeking to relocate to this region, and there simply are not enough existing homes to meet this new demand. Consequently, those who are willing to sell can ask for and obtain high asking prices or even prices that exceed the asking price. Sellers are taking their profits and either leaving the area or downsizing, although the pick of even downsized homes has greatly diminished. While one cannot fault willing sellers for taking advantage of the market, the upward pressure caused by the demand is greatly hurting lower income earners if they do not already own real estate.

At the same time, supply issues are causing problems in new builds. As lumber prices escalate, and electrical and other housing components become difficult to get, developers are finding that land costs, infrastructure costs, material costs, and the delays caused by supply chain issues are making it more expensive to build. Nonetheless, given that housing prices are at a premium, these same developers are still able to move forward in this market.

Unfortunately, however, maximizing profits often means building dense, unappealing developments that undermine the historic character of housing in this area, but which still command a high price.

Finally, add in another important factor in the housing situation, and that is how the local city planning commissions influence the problem. While it is true that local General Plans have all the necessary housing “elements” accounted for when they review a proposed development for approval, many times, they seem to take a “hands off” approach to exactly what the builders are building, and, unfortunately, a “hands off” approach as to what these developments are doing to the character of the region, with massive amounts of rental units crowded into wedges of vacant land, or cracker-box houses stacked upon one another in plots that were once expansive alfalfa fields. One can sympathize with city planners and councils, who are trying to address a housing shortage that needs to be remedied. But there has to be a more comprehensive goal in mind.

Affordable Should Also Be Livable

Affordable or workforce housing should not just mean “cheap”, in the sense of being barely adequate in a less desirable location.  Affordable housing should mean providing a mix of housing at a broad range of price points, allowing our young residents the opportunity to stay in the region and to be able to find nice places to live as they move through life.

There has to be some conscious effort not to just fit everyone in somewhere, but to provide truly livable and desirable communities for all Idahoans and newcomers that exemplify why northern Idaho in general and Kootenai County in particular is a desirable place to live.

This overarching goal is important not just because it seems like a nice idea. It is vital to the welfare of the community. As localities go through cyclic periods of upturns and downturns, building unattractive and unpleasant communities with traffic problems means that when a downturn inevitably hits, people who can will leave for greener pastures. Building livable communities, on the other hand, will keep long-time and newer residents of every age and every income level in the area, and keep our local economy thriving.

Are you interested in getting more information about maintaining an affordable yet livable community? Are you passionate about keeping Idaho, Idaho? Visit our website to learn more.